Donations are optional and appreciated.
If you have a group of school children, contact the Museum directly ahead of time and let them know the date and time of your visit so they can better accommodate you. Researchers are also advised to make appointments. If you let Museum staff know the topic you are researching in advance of your visit, they can assist you more efficiently.
Reach Out

The Eastern California Museum was founded in 1928 and has been operated by the County of Inyo since 1968. The mission of the Museum is to collect, preserve, and interpret objects and information related to the cultural and natural history of Inyo County and the Eastern Sierra, from Death Valley to Mono Lake. The Museum collection is held in public trust, and a computerized database with over 15,550 records is used to manage the Museum’s extensive collections. In addition to those artifacts, the Museum also houses about 27,000 historic photographs of the Eastern Sierra region, the majority of which date from the late 1800s through the 1950s. The Museum is also an outstanding resource for researchers and typically handles about 200 requests for information or photo reprints per year.

Artifacts and information are interpreted for the public through the Museum’s permanent exhibits and an annual rotating special exhibit from the collection. The Museum also maintains archives that make up the History Files and the Family Files, both of which contain newspaper clippings, original documents, and other information about the towns, people, and subjects that have played a role in the history of Inyo County and the Eastern Sierra. The Frank M. Parcher Research Library is another excellent source of information for researchers and the general public. The Museum also presents educational programs, special events, and lectures and talks that are free and open to the public. In addition to the main Museum buildings, the Eastern California Museum also maintains the historic Commander’s House and Edwards House in Independence and the Mary DeDecker Native Plant Garden on the Museum grounds. The Eastern California Museum, located at 155 N. Grant St. in Independence, is open daily and weekends (except major holidays) and admission is free, although donations are appreciated. 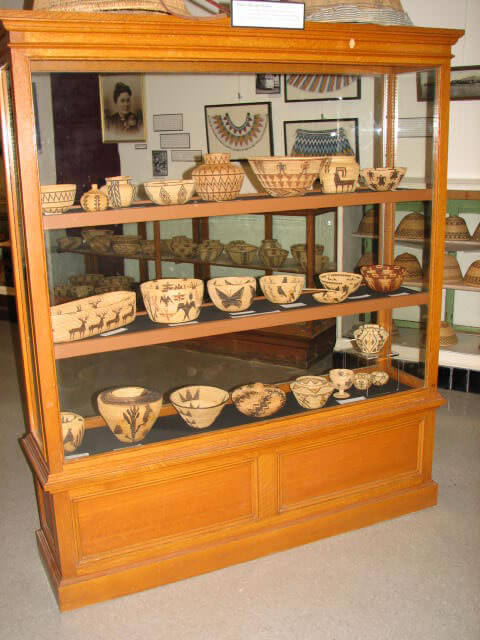